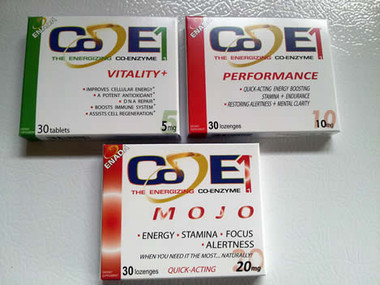 There is a natural biological substance that offers all of these benefits: NADH

NADH is the abbreviation for the naturally occurring biological substance, nicotinamide adenine dinucleotide hydride. The “H” stands for high energy hydrogen and indicates that this substance is in the most biologically active form possible. Often referred to as coenzyme 1, NADH is the body’s top ranked coenzyme, a facilitator of numerous biological reactions. NADH is necessary for cellular development and energy production: It is essential to produce energy from food and is the principal carrier of electrons in the energy-producing process in the cells. NADH is also an important anti-oxidant; in fact, scientists acknowledge that NADH is the most powerful antioxidant to protect cells from damage by harmful substances. In summary, NADH is a highly powerful form of vitamin B3 commonly referred to as niacin or niacinamide.

Why is NADH important?

NADH is biologically ranked and identified as coenzyme 1, the coenzyme or cofactor needed for numerous enzymes that are involved in the cellular energy production. A deficiency of NADH will result in an energy deficit at the cellular level, which causes symptoms of fatigue. When the body is deficient in NADH, it is kind of like a car that has run out of gasoline. The more NADH a cell has available, the more energy it can produce. Unfortunately, the production of NADH in our bodies declines as we age, and so does the production of NADH-dependent enzymes, particularly those enzymes involved with energy production.

How long has NADH been available as a dietary supplement?

An exclusive stabilized, absorbable, patented tablet form of NADH has been marketed as a dietary supplement in the United States since 1995. NADH is a very sensitive substance. It degrades rapidly under the influence of light, humidity. temperature, and other factors. For example, it is degraded by milk sugar, also known as lactose, and of the classical tablet filler agents commonly used in many drugs and nutritional supplements. It took more than five years of extensive research to develop a stabilized, oral, absorbable form of NADH that does not use this type of filling agent.