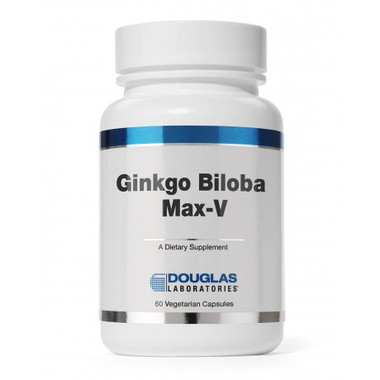 The active ingredients, ginkgo flavone glycosides, can help protect the body's structure and function against damage from free radicals, as well as helping to maintain healthy circulatory function and mental performance.†

Ginkgo biloba is the oldest living species of tree, having survived relatively unchanged for at least 200 million years. Native to China, ginkgo has long been recommended in Chinese herbal medicine for its numerous nutritional benefits for the brain and circulatory system. Ginkgo leaf extract has been the object of numerous scientific and clinical studies since the early 1970s and is now probably the most extensively studied and utilized botanical extract in the world. Interest in Ginkgo biloba centers on its reputed benefits on brain function, especially on the aging brain. With advancing age, the body often suffers from decreased blood vessel elasticity and tone, and decreased blood fluidity. Insufficient blood, oxygen, and nutrient flow to the brain can lead to impairment in cognitive function. Studies over the past 30 years show that 120 to 240 mg per day of Ginkgo biloba extract increases blood flow to the brain resulting in increased oxygen and glucose utilization with subsequent improvement in mental function. These benefits are attributed to two main classes of phytoactive compounds present in the Ginkgo biloba leaf: ginkgo flavone glycosides and terpene lactones. As powerful antioxidants, the ginkgo flavone glycosides counteract the deleterious actions of free radical accumulation which impairs cellular energy production, nerve transmission, and increases vascular rigidity. Ginkgo biloba extract is also reported to inhibit the tendency of red blood cells to stick together (“clumping”), thereby enhancing the fluidity of the blood. Taken together, these actions contribute significantly to increasing blood flow to the brain.

Ginkgo Biloba Max-V may be a useful dietary supplement for individuals who are concerned about their mental function and wish to obtain the benefits of this well-documented herb.

Each Capsule Contains: Ginkgo biloba ......... 60 mg
Standardized to provide a minimum of 24% ginkgo flavone glycosides and 6% terpenes In a 150 mg base of non-standardized Ginkgo biloba

SUGGESTED USE Adults may take 1 capsule twice daily between meals or as directed by physician.

SIDE EFFECTS No adverse side effects have been reported.

STORAGE Store in a cool, dry place, away from direct light. Keep out of reach of children. Ginkgo Biloba Max-V Support for healthy mental and circulatory function.